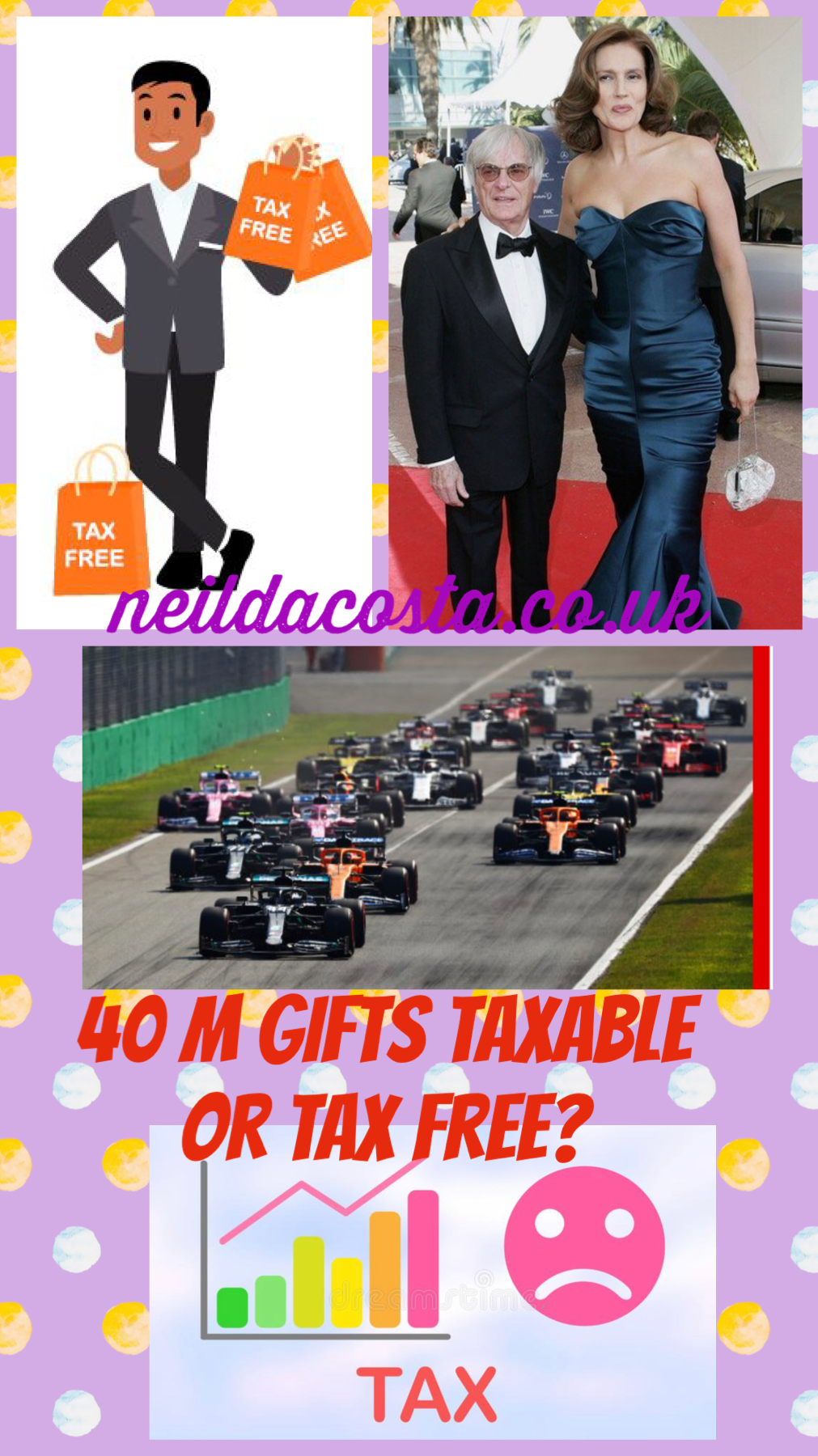 Usually, gifts of cash do not have any tax implications if they are paid out of the donor’s income. This is because cash is an exempt asset for capital gains tax and an exemption is also available for inheritance tax as long as the gift does not reduce the donor’s standard of income and is part of a series of gifts.

When Slavica Ecclestone (wife of Bernie Ecclestone, the Formula 1 billionaire) made gifts of £40 million to their tax lawyer, Stephen Mullens, he claimed she acted like a rich aunt.

Mullens argued that the £40 million was a ‘thank you wholly outside and distinct from any business relationship’. His QC suggested that these gifts were quite common among people of Slavica’s type and class. Rich people usually give large presents to their close friends for no particular reason.

In the case of ‘Stephen Mullins v HMRC’ (2021), the Tribunal found that these payments were actually ‘consideration for services to the Ecclestone family interests.’  The initial payment of £2.5M was an inducement to resign his partnership and work exclusively for the family. Three further payments totalling £36M were treated as disguised remuneration even though part of the payment was made to Mullen’s wife.

Slavica also made a gift of $3M of uncut diamonds to Mullens which was also treated as disguised remuneration. The gifts coincided with Mullins successfully structuring the Formula 1 business in several overseas trusts and escaping a UK tax liability on the disposal of the business.

HMRC have asked Mullens to settle the tax liability on the disguised remuneration which amounts to £20 million.

However, they did accept that a payment of £187,500 towards a holiday in the Maldives was a genuine gift and outside the scope of remuneration as a demonstration of goodwill towards an employee’s family wellbeing.

In a further blow to Mullens, the diamonds were later stolen but HMRC have allowed him to make a capital loss claim of £1.6 million in relation to the appreciated value of the stolen jewellery. Hope your preparation for the December 2021 exams is going well. Tax is technical but fascinating. If you need my condensed notes which makes it simple to learn the technical rules, you can purchase them from this website