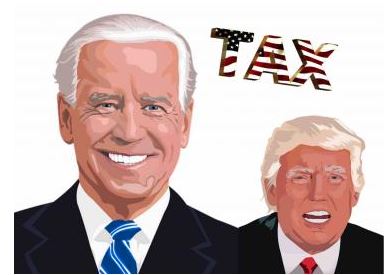 The UK has been playing host to some of the wealthiest nations in the world during the G7 Summit including the USA, Canada, France, Germany, Italy, and Japan. However, two important exceptions are China and Russia.

Rishi Sunak planned on using the Summit to lay down the foundation of a Global Tax Accord which will completely change the way companies are taxed on their profits.

Currently, companies pay corporation tax in a country only if the company is resident in that specific country. With regard to the UK the principle is from the CTA 2009 s14-s18 which states that a company that is UK incorporated is automatically UK resident and subject to corporation tax on its worldwide profits whether remitted to the UK or not. In addition, companies are also treated as UK resident if central control and management is in the UK.

Central management and control (CMC) was established by a case law decision in 1906 which stated that ‘a company resides where its real business is carried out which is where central management and control actually abides’. (De Beers Consolidated Mines V Howe). In this case, even though the company owned diamond mines in South Africa as its main offices were in London, the company was UK resident.  HMRC always consider the highest level of control so look at where the board of directors meet and where major decisions are made.

For companies that are incorporated overseas but controlled and managed from the UK, the double tax treaty will usually contain a tie-breaker clause to determine the territory of residence. The tie-breaker clause looks at the ‘Place Of Effective Management’ (POEM). This is a subjective decision and factors such as the place where the CEO and directors carry out their activities, where the company’s headquarters are located and where accounting records are maintained are all considered. The POEM is where the lower operational management decisions take place as opposed to the CMC which is where the strategic decisions take place. HMRC take the view that it is difficult to separate the two and in most cases the POEM and CMC will be in the same place.

The tie breaker clause in the double tax treaty has the final say with regard to the company’s residence but if there is no mutual agreement between the two jurisdictions, the company is not entitled to any double tax relief unless agreed by the competent authorities. In the UK, HMRC still offer companies double tax relief under the unilateral basis.

The current system has been legitimately exploited by large technology multinational companies such as Google to shift profits to low tax jurisdictions using mechanisms like the ‘Double-Dutch Sandwich’ which I have explained in detail in my article here:

The G7 nations have now agreed a new Global Tax Accord in principle which will have 2 pillars:

The 139 members of the Organisation for Economic Cooperation and Development (OECD) now have to politically agree to the Pillar One approach and then ratify the new approach. Within the EU this will be extraordinarily complex and contentious because of the allocation of taxing rights to a federal authority.

In addition, it is unlikely that the Biden Administration will be able to get Congress to pass the relevant legislation. This first pillar is seen as a disguised digital tax despite incorporating a formula to target the largest and most profitable companies in the world, regardless of the sector they operate in, based on revenue and profit margins. Many lawmakers vehemently oppose digital taxes and feel that the new approach will target US Tech Giants such as Google, Facebook, and Apple disproportionately.

Another barrier will be the methodology of implementing the minimum levy in countries that do not implement taxes currently. This will result in ‘jurisdiction blending’ or ‘country by country top-ups’ The new rules are estimated by the OECD to raise an extra $50-$80 billion a year so the G7 countries are keen to press ahead with the proposal.

In addition, the G7 is seen as an outdated concept by excluded countries like Russia, China, and India. Journalists have commented that the ‘Global Tax Accord’ was nothing more than a political statement for the ‘revival of multilateralism’. It is a signal to the rest of the world that the rich countries matter and the 21st Century is not going to be dominated by China.

According to Tax Watch, the UK stands to lose £230million from 4 of the large US tech giants. Currently, Facebook, Google, eBay, and Amazon pay £330million in digital services tax in the UK but this is expected to fall to just £100million under the new regime.

As a result. the UK is unlikely to accept the replacement of another tax unless it has a similar or greater tax yield. During the G7 Summit, a confidential list of 100 companies was discussed which specifically excluded banks, mining, or oil companies. This indicates that the new Tax Accord is primarily targeting technology companies under Pillar One.  In addition, these are the companies generating ‘superprofits’ -profit margins exceeding 10% of revenue.

While the UK would lose out under Pillar One, it is estimated to gain £7.9 Billion under Pillar 2 from large multinationals such as HSBC, Barclays, BP, and BT.

The Global tax Accord does seem to favour the US as they will be able to tax their multinationals more and protect themselves from companies going offshore by having a Global Deal.

Joe Biden is keen on stamping his authority on the world stage and the Global Tax Accord has provided him with a platform to emphasise a departure from the Trump US protective measures.

It still remains highly unlikely that the US Congress will approve these measures in a post-pandemic environment but it is important to acknowledge a paradigm shift from the 100 year old concept of corporate residence.