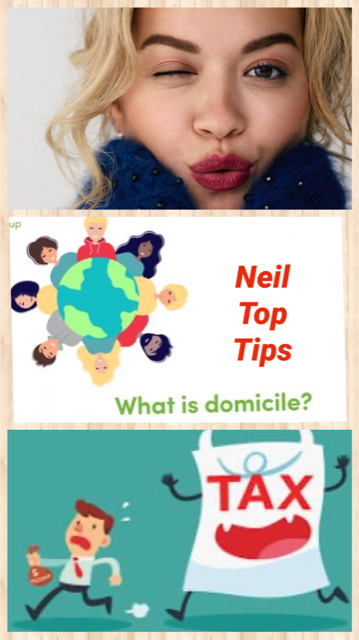 An area many tax students find confusing is domicile. To help you understand it, I will refer to the pop star, Rita Ora.

Rita was born in Kosovo so has a domicile of origin in Kosovo that she acquired from her father at birth.

Let us assume that she was 15 when she moved with her family to the UK. As Rita was still a minor, (under the age of 16), her domicile changes with that of her father. This is called domicile of dependency.

Despite moving to the UK, her family still retained strong ties with Kosovo so Rita would still be treated as domiciled in Kosovo despite being resident in the UK.

As a non-UK domiciled individual who is UK resident, Rita has the choice of being taxed on her overseas income and gains on either the arising or remittance basis.

As a successful artist earning millions overseas, it would be beneficial for Rita to make the remittance election and avoid paying tax in the UK by keeping the overseas income outside the UK.

Rita is now 30 years old and has been UK resident for at least 15 out of the last 20 years so is treated as deemed UK domiciled. She is now taxed on her worldwide income and the remittance election is no longer available to her.

Hope your revision is going well. If you need my condensed notes which makes it simple to learn the technical rules, you can purchase them from this website