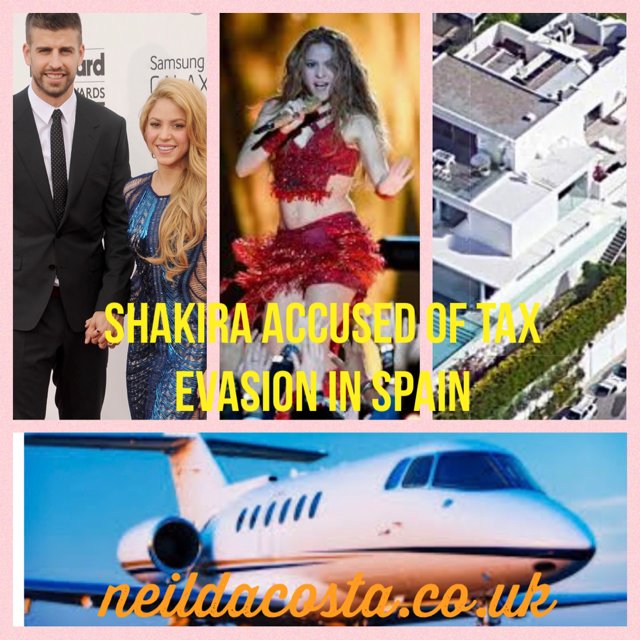 When Columbian-born pop superstar Shakira started a romantic relationship with Gerald Pique of Barcelona she underestimated the persistence of the Spanish tax authorities.

Shakira’s legal team suggested that she did not live anywhere in particular and described her as ‘a nomad without roots’. However, as any tax student is aware there is a difference between domicile (country of permanent home) and residence (country where you have a physical presence).

Her daily movements in Spain were painstakingly mapped out between clinics, beauty centers, recording studios, promotional events, interior, and fashion stores. By using social media sites set up by Shakira’s army of fans, the tax authorities were able to prove that Shakira visited Spain 60 times in 2011, far more than the other 37 countries she visited in the same year.

The Spanish tax law is similar to the UK automatic residency test. In the UK, if an individual is in the UK for 183 days, then the person becomes UK resident. In Spain, the test is 183 days +1 =184 days. The investigation proved that Shakira was resident in Spain from 2012 to 2014 and evaded tax of 14.5 million.

Despite being presented with this overwhelming evidence, Shakira stubbornly insisted that she was resident in the tax haven of the Bahamas where she owns a million-dollar home and presented utility bills as proof of this. The Spanish tax authorities were able to show that the caretakers of the property paid these bills, and she had not visited the Bahamas even once during the years in question so clearly, Barcelona was her home base. As a result, Shakira is also being accused of wilful fraud.

It is unclear why Shakira chose to deceive the Spanish tax authorities, especially after singing ‘Hips Don’t Lie. (my favorite Shakira song). She could easily afford the tax bill as someone who is worth $300 million. However, she is accustomed to aggressive tax avoidance measures and uses 14 companies that remit the funds earned between tax havens like the British Virgin Islands, Luxembourg, and the Cayman Islands. This was revealed by her former partner, Antonio de la Ruia.

Perhaps, she thought she could get away with it or felt that the $24 million that she had already paid in Spanish tax was enough. I can’t believe that her team of accountants mixed up the domicile and residence. What is more likely, as a global icon who travels in her own private jet, she underestimated the tax authorities.. It is likely to prove a very costly mistake and the stress has no doubt contributed to her recently announced divorce from Gerald Pique.