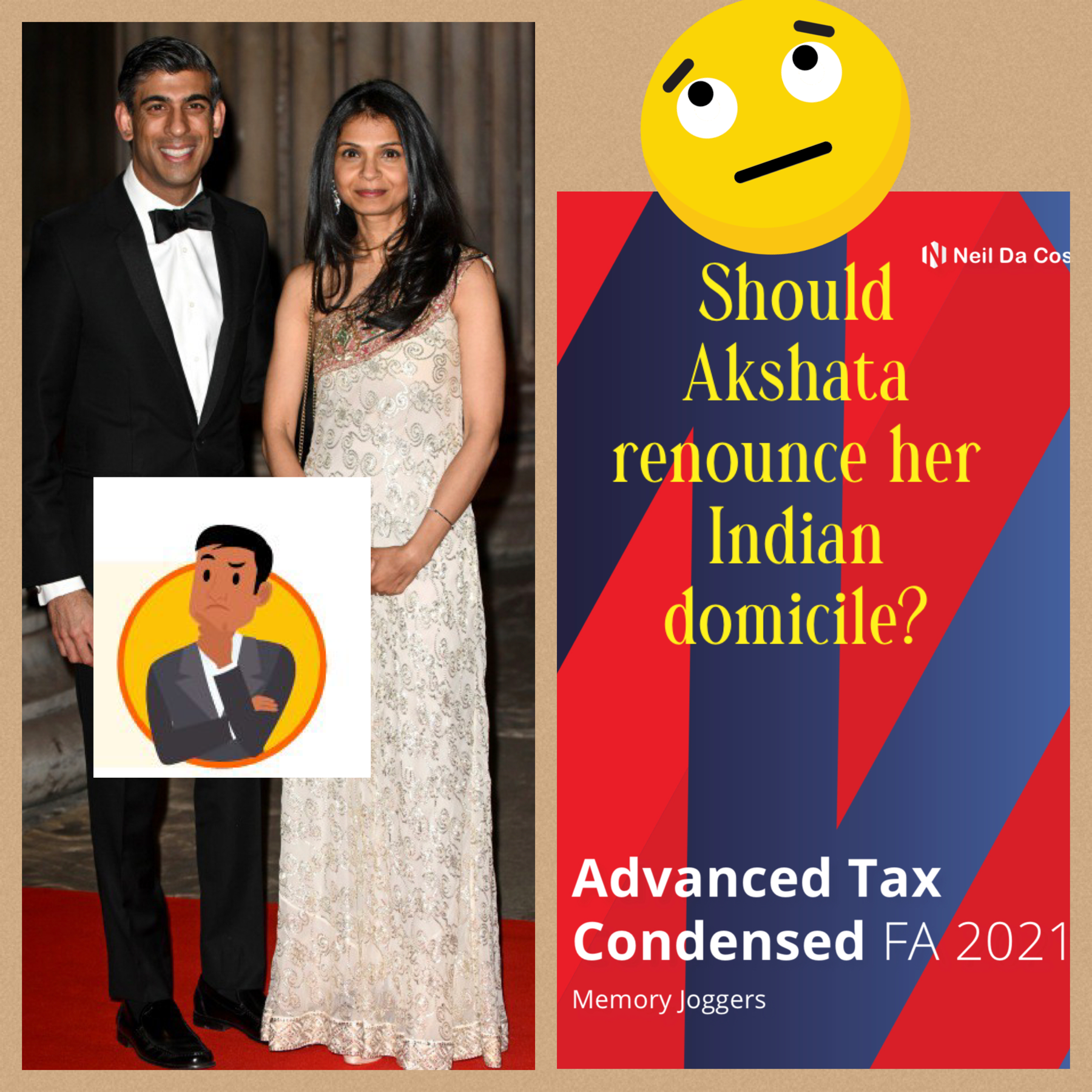 Rishi Sunak met Akshata Murthy whilst they were students at Stanford University, the birthplace of Google. They were both exceptionally intelligent people and epitomise the modern success story. Rishi was British while Akshata was Indian.

Rishi returned back to the UK, built up a hedge fund business worth £100 million and went on to become the UK Chancellor.

As his wife, Akshata now has been UK resident for 11 years but still retains her Indian domicile. The recent controversy suggests that she has chosen to do this to dodge a UK tax liability on her overseas dividends.

Domicile is our permanent home, and our domicile of origin is acquired at birth from our father. It is clear that Akshata has a domicile of origin in India. Her father is the Indian tech genius billionaire, Narayana Murthy. He founded Infosys which employs over 250,000 people across the world.

In terms of Akshata’s current domicile, she has an Indian passport and substantial assets in India. She also visits India regularly and plans on returning there to care for her parents when they get older. This means that despite being resident in the UK, she is still domiciled in India.

As a non -domiciled UK resident, Akshata makes a remittance election which means that her overseas income and gains are only taxable if actually remitted to the UK.

In so doing, she immediately loses both her personal allowance for income tax of £12,570 and her annual exemption for capital gains of £12,300.

Akshata could acquire a domicile of choice in the UK by severing all ties to India to avoid any allegations of tax dodging, but this does seem contrary to her true intentions.

In any case, once Akshata has been UK resident for 15 years, she is deemed UK domiciled and the remittance election is no longer available to her. She will then pay income tax on her worldwide income and gains in the UK.

The remittance election was examined in the March 22 Advanced Tax exam.

Why not get a head start before results come out?

My Advanced Tax and Tax Condensed notes have been published. The books are relevant for all tax exams from June 2022 up to March 2023 and make learning the vast tax syllabus manageable by the use of accelerated learning techniques such colour, diagrams, and Neil’s Top Tips. You will also get lots of free additional resources.