With Skyrocketing Energy Prices Should The UK Have A Windfall Tax ?

With Skyrocketing Energy Prices Should The UK Have A Windfall Tax ? 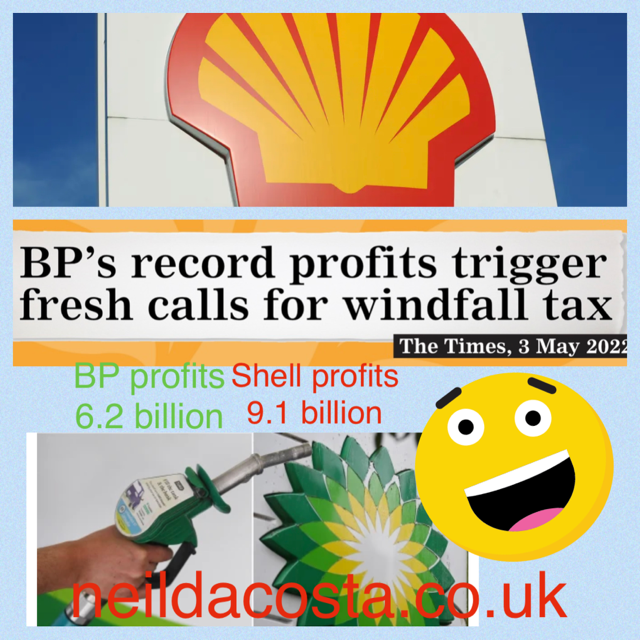 With skyrocketing oil and natural gas prices, the profits of oil companies have beaten all analyst expectations. BP’s profits for the quarter to March 2022 were $6.2 billion instead of the predicted $4.5 billion.

The reason for this was due to the increased demand as economies opened after lockdown and the sanctions imposed on Russia following the Ukraine invasion. Russia is the world’s second largest crude oil exporter and the largest natural gas exporter.

This has led to the Labour Party calling for a windfall tax for oil and gas companies. The Lib Dems also recommend that the oil companies pay a bit more to help the most vulnerable. However, the Conservatives feel that imposing a windfall tax will prevent investment and keep the oil prices higher in the long term.

Despite the BP chief Bernard Looney, calling the energy market a ‘cash machine’, the company has pledged to invest £18billion in green and fossil fuel operations in the UK by 2030.

The company will currently pay £1 billion in corporation tax based on its North Sea profits. In addition, the company has bought back $2.5 billion of its shares despite keeping dividends at high rates.

However, the calls for a windfall tax will not go away as Shell’s profits reached a record level of $9.1 billion for the quarter to March 2022. Once again, the company has warned that a windfall tax will force it to shelve large scale projects which require a stable and predictable financial outlook.

Following the Brexit unrest, it is unlikely that the UK will follow Italy’s example of increasing the windfall tax for energy companies from 10% to 25% especially as corporation tax is set to increase by 6% from 19% to 25% from next year.

Do you think the UK should introduce a windfall tax?

My Advanced Tax and Tax Condensed notes have been published. The books are relevant for all tax exams from June 2022 up to March 2023 and make learning the vast tax syllabus manageable by the use of accelerated learning techniques such colour, diagrams, and Neil’s Top Tips. You will also get lots of free additional resources.